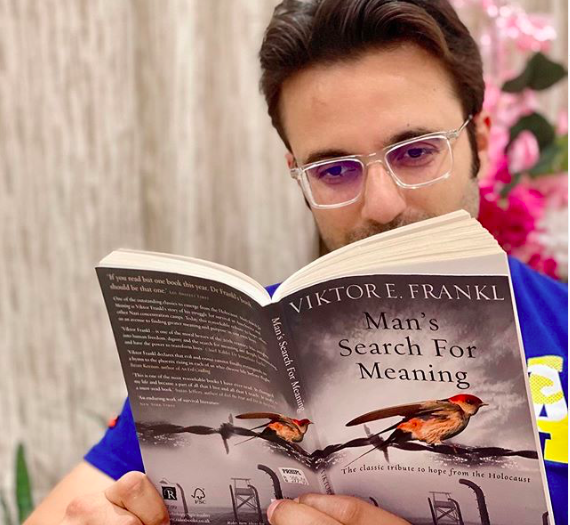 We’ve tried making the most of our time at home these past few months, and these five educational influencers have helped us grow! They put out well researched and solidly communicated content that gives you something to think about.

Who are these “educational influencers”?

Educational influencers are the kind of influencers that create content that educates their audience about a certain topic. The make content according to different platforms and make it easier to learn something or understand a difficult concept. Today, they also bring attention to topics that aren’t being spoken about enough, like climate change and sustainability.

If you’re looking for a simple way to learn; or if you are a brand with a product that needs explaining or helps the environment or social causes, these are some great influencers to look to!

Sonam Wangchuk is an innovator and education reformist. He has a massive following on social media. Not only does he have 126k followers on Instagram but he has a massive Youtube audience of 4,75,000 subscribers.

Sonam Wangchuck was born in Uleytopko. He is well known for being the inspiration for the movie 3 Idiots and his various movements to make our worlds better. One of his popular movements was the ‘I live simply’ movement. It addresses the climate crisis that the world is battling. He has won numerous accolades for his innovations and scientific contributions to this.

His content revolves around topics of national interests. He shares his opinions and advice as an engineer. Sonam Wangchuk talks to his audience in front of the beautiful views of Ladakh. He is an inspiration to create a better world and we’re all here for it!

Dhruv Rathee is an Indian YouTuber, activist and a mechanical engineer who explains contemporary social, political, and environmental issues of India.

Dhruv started his Youtube channel while he was still in college. The channel which ranges from being a travel blog and an educational blog has a subscriber count of 3.75 million and 423k Instagram followers. His content has made him one of the top influencers in India today.

Dhruv is one of the few solo operators who give an unbiased opinion on our country’s political scenario. He has maintained that he is politically neutral.

This 23-year-old looks straight at the camera and discusses, criticizes, and analyses everything, making headlines. With the goal to educate his Indian audience, Dhruv keeps going despite the criticism he receives on a daily basis.

Kunal Kamara has called him the “Ravish Kumar” of YouTube. Rathee has also been appreciated by many online fact-checkers for his in-depth knowledge and explanations. If you haven’t checked him out yet, do so now!

Aman Dhattarwal has a massive following of 2.7 million on YouTube and 182k followers on Instagram. He is famous for his motivational and educational speeches.

Aman started his Youtube channel in 2014. His initial videos featured board exam preparation tips. Aman’s content has now evolved to talking about soft skills, current topics, and general situations that one faces in life.

Aman’s current series called the ‘Honest Talks’ gives an honest view of things from dreams, careers, time, and more. This 22-year-old is the #1 JEE Educator of India’s biggest online platform.

He is the founder of another YouTube channel ‘Apni Kaksha’ which shares videos related to BTech education. He aims to make the educational journey successful for school and college students by sharing notes, tips, and tricks.

Raj Shamani is a 23-year-old entrepreneur and public speaker. He has been listed amongst the top 5 young influencers of India and has 125k subscribers on Instagram. He started at a young age of 16 with a business with just INR 10,000 as an investment.

Today, Shamani Industries manufactures liquid soap which is valued at over INR 10 million. His content ranges from business advice to leadership. He even goes live with popular business owners and learns from their successes.

He has been featured on platforms like ABC, FOX, Medium, Yourstory, etc. He even hosts his own podcast which regularly provides ongoing advice to brands and young upcoming leaders. Due to being a regular speaker and presenter, Shamani was appointed as a United Nations representative.

What’s more? To date, Raj has given 3 Ted talks and has been a keynote speaker on 200+ occasions in 23 different countries.

“When life gave me lemons, I made a lemon dishwasher gel” is what he has to say!

Sandeep Maheshwari is a name familiar in every Indian household. He has amassed a jaw-dropping subscriber base with 15.6 million subscribers on YouTube and 1.8 million followers on Instagram. What’s more? He is one of the educational influencers that is best-known for content that ranges from motivational speeches and honest advice.

Today, Sandeep is the CEO of ImageBazaar, a platform having the world’s largest collection of Indian images. He is also a successful entrepreneur, mentor, and role model to millions of people around the world.

Sandeep’s motivational speeches have impacted thousands. He has won numerous awards and has been featured in all major news channels and magazines.

His philosophy is based on the simple mantra “Everything is easy”.

Brighten up your feeds with his positive outlook on life and difficulties.

Each one of these has a positive outlook on things. They all teach us something valuable and motivate us to go in the right direction. If you too are searching for some value on your feed, follow them!

If you’re looking for more talented influencers that you should follow check out our blog post on  10 Creative TikTok Influencers and 7 awesome influencers from Northeast India.