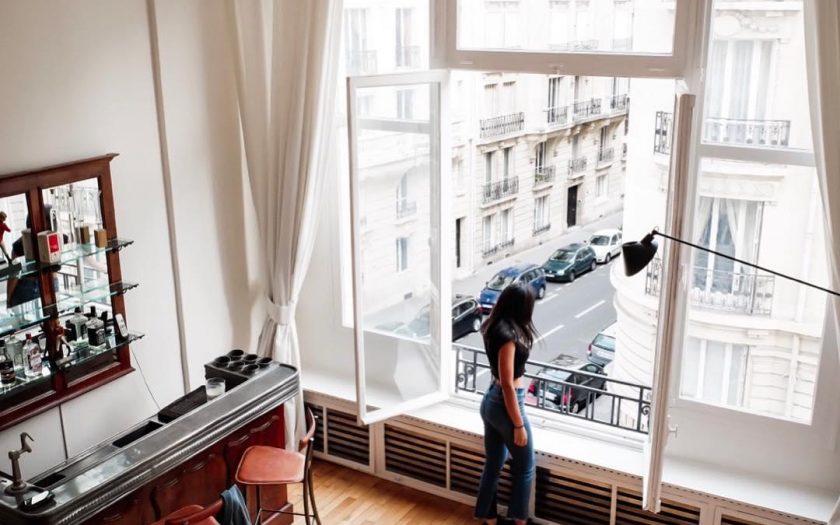 There’s no stopping of Airbnb. With 30,000 listings in the country, the portal claims to have grown by 115 per cent. Moreover, there has been almost 2x growth in the number of nights booked on Airbnb in India since 2016. To deepen its presence its global campaign #LiveThere was brought in India in 2017. It partnered with MTV India for the #LiveThere contest, which gave winners a chance to go on a trip to Milan, London and Thailand with celebrities like Anusha Dandekar, Radhika Apte and Nikhil Chinappa, respectively and stay in Airbnb properties. These experiences were captured in a series of videos which amassed huge views.

B-Town actors Shah Rukh Khan, Twinkle Khanna, and Sonam Kapoor were promoting Airbnb and have stayed at lavish homes (promoted by them) in New York and Europe on social media.
We speak to Varun Raina, Marketing Manager, Airbnb India who gives his insights on the campaign, reliance on digital marketing and how Bollywood plays an important role in its communication:

Collaborations with bloggers and Bollywood celebrities like Shivya Nath, Twinkle Khanna and Gauri Khan happen to be a crucial part of your marketing strategy. How much conversions have you seen on the back of that?

By associating with social media influencers and Bollywood celebrities, we see a huge potential in establishing the connect between films and travel. This is in the endeavor to meet the demand of the 230 million urban millennials in India who are seeking a more exciting way to experience the world. A number of Bollywood celebrities like Shah Rukh Khan and Sonam Kapoor have traveled with Airbnb and shared their experiences with their massive fan base on social media, which further helped us garner a positive visibility for the brand. It is certain to say that these influencer-associations, have helped Airbnb build a deeper connect with our young, dynamic audience who love to emulate their favorite stars.

What was the aim of the #LiveThere campaign? How has the response been for the videos?

With the #LiveThere campaign and contest, we wanted to give travelers the opportunity to live like locals in their favourite cities, by giving them access to popular icons and explore based on passion points (that are important to them) adventure, shopping and art.

The response has been overwhelming as we received several entries from across geographies. #InMilan featured Anusha Dandekar where she discovered the hidden fashion hubs in Milan. While #InThailand had Nikhil Chinapa, exploring the breathtaking locales of Bangkok and #InLondon featured Radhika Apte, where they immersed themselves in the vivacity of London’s art and culture. Till now, all three videos have received a phenomenal response and have garnered over 3.2M+, 1.7M+ and 1.6M+ views respectively as they continue to inspire travelers across the world to break away from the ordinary and travel differently.

In Airbnb’s case digital marketing has always played a pivotal role. Did you ever feel the need to use traditional mediums?

Aligned with the needs of our consumers, we had implemented a holistic, 360-degree marketing approach to engage with the travel community in India. Through digital engagement we have been successful in taking the value of Airbnb closer to our consumers. This extends to social media interaction, as well as leveraging the digital medium to connect users with influencers who choose Airbnb. We feel that digital medium will continue to play a critical role in our marketing plans and we will continue to look at engaging with our audience with innovative content.

Another digital campaign which received phenomenal appreciation was the Airbnb Diwali campaign in October 2017. It invited the world to celebrate the vibrant festival like locals. It was part of Airbnb’s larger global campaign, Live There and captured how there are no strangers on Airbnb.

Apart from digital medium, we have also explored other platforms, in the past. For instance, last year in April 2017, the #LiveThere campaign assets were shot in Paris and Rome. It was later amplified across a variety of channels and platforms including print, digital, out-of-home, and social media.

What’s the game plan this year? What will be the key focus areas?

We see a huge potential in meeting the demand from the 230m urban millennials in India for a new and more exciting way to travel. For the last 10 years, Airbnb has revolutionized travel by creating a technology platform that has empowered millions of people to become entrepreneurs. In the next 10 years, Airbnb is determined to deliver magical travel by empowering even more people to become hosts, transforming luxury travel.

With almost a million Indians having traveled on Airbnb, the concept of home sharing is fast gaining acceptance and popularity in the country. Additionally, India as a market is not only home to a growing traveler base, but also an attractive destination for travelers from across the world owing to its vibrant colourful cultural diversity and heritage.

Over the next year, we intend to sustain this momentum and forge mutually beneficial partnerships with local business and communities, regulatory bodies, state governments and relevant influencers to take Airbnb deeper into the markets as well as to build a stronger connect with the travelers, globally.

In the bigger scheme of things what’s the goal of Airbnb?

Our biggest focus in India is to get more people to become acquainted to the value that Airbnb can add to their travel experiences, and to reap the benefits of home-sharing. We’re on a steady growth trajectory in the country as we continue to expand our network. For a country like India, which is so rich, diverse and has a growing demand by customers – Airbnb is putting collaborative efforts to strategically connect with its audiences across platforms.

This article was originally published on Exchange4media.