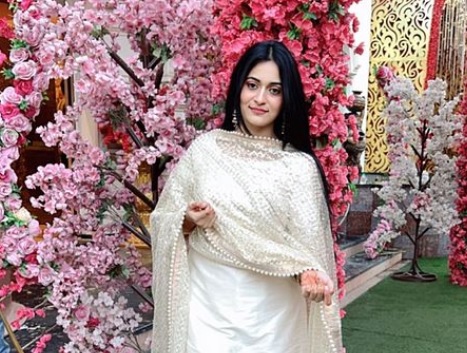 When the short form video format took off in 2020 with the advent of TikTok and Instagram reels, Soha Ali aka @sohaa_ly just wanted to try her hand at it. Little did she know that her first reel itself would go viral and start her on the trajectory of becoming one of the most popular content creators in India.

Soha Ali says it was never a “well-strategized plan to become an influencer” but social media has always been part of her life. “I have always enjoyed being on social media, consuming content and participating with friends in new things taking place on social networking sites,” she says, adding that she had never planned to start creating content for a wider audience on a public platform.

In a short span of time, Soha has gathered almost a 100k followers on Instagram. She says that after her initial brush with success on social media, she started to study the world more carefully. “I had only seen the content of other influencers as a viewer till then, but the process of knowing what goes on behind the finished video on screen was very exciting and a learning experience. Based on what little experience I had till then as a creator and what I had seen as a member of the audience, being an influencer was like being handed a mic in a large crowd. I saw it as an outlet for my creativity and an opportunity to provide infotainment to people on a medium where there was space for individuality and doing your thing, as well as being a part of a great community of other creators and people from all walks of life who share their lives and work,” says the beauty and haircare influencer.

Soha also agrees on the fact that “being able to earn from what you love doing is also a huge plus”. She says this was an incentive to explore what she wanted to really do. “The biggest factor, I would say, is the love and respect I get from people who view my content and their constant support and appreciation in whatever I do,” says the Indian blogger.

The lifestyle blogger explains, “Many people try to get more information about my personal life than I share, by stalking me, my friends, and my family members. Along with all the appreciative and loving people, there are also very vocal groups of jealous people, who have made me realize that jealousy and envy don’t really need a reason and are the problems of the people who carry them, not mine. Most recently, I was the victim of cyber-attacks by hackers who were trying to repeatedly disable my account in exchange for extorting money from me. I deal with all these things as they come, and see them as part of being a content creator. Most of these things are very sad and unfortunate, and some are downright illegal, but I try to stay above them and keep myself and the people I care about safe from such things. In doing so I have a lot of support from my friends, family, and followers, for which I am really grateful.”

Fascination for the entertainment industry

Soha admits that she has always wanted to be in front of the camera. Now that she gets to do that as part of her career, she is beyond thrilled. Ask her what’s the best part about being a social media influencer is, and she says, “It’s hard to choose just one part, it’s such an awesome job! I get a lot of positive engagement on my posts and DMs, I’ve made many new friends in the awesome community of creators, I am financially independent due to my work, and I’m doing what I love, among other things. If I did have to pick one, though, I’d say it is the proximity to the camera. I’ve always had a fascination with the entertainment industry, on all platforms and scales, and since I became a creator, I’ve been more closely associated with the processes and nitty-gritty of how things are done behind the camera, and it has brought much respect for everyone involved within me, as well as a desire to be more involved. I’m finding more ways in which I can create content and expand to other media, both on and off the Internet, and it is a very exciting experience.”

Soha is managed by Chtrbox Represent which also manages 50+ of the best Indian influencers from across genres like food, beauty, fitness, travel and everything social media.