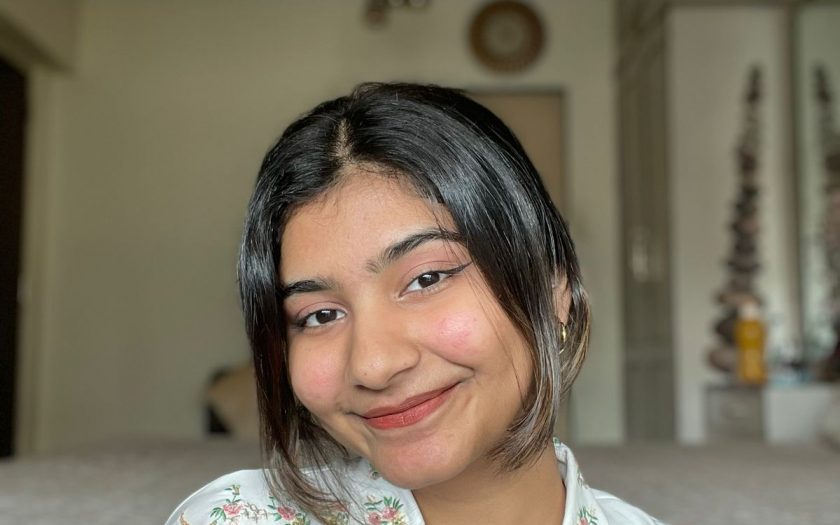 While being an influencer may seem like a glamorous career to have in today’s day and age, not everyone had this planned out before their following started growing. Shivangi Tiwari aka @teawithtiwari is one such content creator, who had no idea that she was going to become an influencer. “It was never my intention to become an influencer in the first place. I used to always just rant on my private account. I took a digital marketing course in college and the final project was to make a video on anything for 1 minute and I decided to narrate an incident that I saw in the local train. And people loved that video and everyone said that you should open a channel and this is something that you can actually do well. So, I started posting more videos because I love talking about stuff and ranting. But once the lockdown happened, I thought it was getting too negative and I stopped ranting and just started making reels because that’s what was taking off at the time. I started enjoying making short form videos then and I realized they suited me better because they also did well and it required less effort from me,” says the lifestyle blogger.

Shivangi adds that this is a part time gig for her as of now and she has no plans to make it her full time career in the near future. “It’s majorly a hobby for me and I am not sure if I would want to do this full time, maybe in the future but not as of now,” she says.

Creative freedom is the best part

Shivangi, who has 21.6k followers on Instagram, says that the best part about being a content creator is the creativity of it all. “I have discovered so much more about myself in this journey. Every time I come up with a creative idea, I just love the entire process that goes into it and I just love how it helps me ideate more stuff and it also helps me with my job. It’s the creativity that I enjoy the most out of everything,” she says.

The Instagram influencer the creator economy is only going to grow on from here because there is so much potential. “Especially for India, I think Instagram will be the place because since the shutdown of TikTok everything has moved here. But if Tiktok wouldn’t have been shut down, there would have been an equal division of market share between them. Instagram has now expanded to such levels that it has become an universe in itself. And with the introduction of metaverse and everything its only going to get better,” says the Indian influencer.

Shivangi says that the creator space has evolved quite a lot in the past couple of years and it’s a good thing. “Initially, I would get annoyed watching reels because everyone was doing the same things. And anything and everything was going viral. But now, I feel like everyone is collectively just tired of doing the same things so everyone one is coming up with more creative ways to create videos even if they are just following trends. I genuinely enjoy watching videos more now because I have followed people according to my taste and so the algorithm works better for me as a consumer also. Plus, when I enjoy watching videos, it makes me, as a creator, also participate in those things more willingly,” says the social media blogger.

It is a well-known fact that being an influencer comes with the added pressure of keeping track of the numbers of followers one has and the numbers of likes and views one is getting. And Shivangi is no exception to it as says that it bothers her to a large extent as well. “It bothered me more when I had less than 10k follower because you could see a single person unfollowing you and you would wonder what’s happening. But you have to be patient because even when you are losing 200 followers, one good video will get you 700 new followers so it’s just patience and consistency. However, numbers do bother me because I lost 400 followers in the last 2 months and it’s panicking me a little. But ultimately, it’s good riddance because they weren’t gonna engage with my content anyway so there was no point in having them. I always believe that one of my videos will blow up soon and my account will grow more.

Shivangi is managed by Chtrbox Represent which also manages 50+ popular Indian influencers from across genres like food, beauty, fitness, travel and everything social media.